Today, I thought I’d share a couple of travel photos from a trip to Nova Scotia about 10 years ago.  In particular, there’s a great little town called Peggy’s Cove, just a little south of Halifax that I want to share with you.

The classic red-and-white lighthouse is still operated by the Canadian Coast Guard, and is situated on an extensive granite outcrop at Peggy’s Point, immediately south of the village and its cove. This lighthouse is one of the most-photographed structures in Atlantic Canada and one of the most recognizable lighthouses in the world.

Visitors may explore the granite outcrop on Peggy’s Point around the lighthouse; despite numerous signs warning of unpredictable surf (including one on a bronze plaque on the lighthouse itself), several visitors each year are swept off the rocks by waves, sometimes drowning.

The first lighthouse at Peggy’s Cove was built in 1868 and was a wooden house with a beacon on the roof. At sundown the keeper lit a kerosene oil lamp magnified by a catoptric reflector (a silver-plated mirror) creating the red beacon light marking the eastern entrance to St. Margarets Bay. That lighthouse was replaced by the current structure, an octagonal lighthouse which was built in 1914. It is made of reinforced concrete but retains the eight-sided shape of earlier generations of wooden light towers. It stands almost 15 meters (49 ft) high. The old wooden lighthouse became the keeper’s dwelling and remained near to the current lighthouse until it was damaged by Hurricane Edna in 1954 and was removed. The lighthouse was automated in 1958. Since then, the red light was changed to white light, then to a green light in the late 1970s. Finally to conform to world standards the light was changed to red in 2007.

The first recorded name of the cove was Eastern Point Harbour or Pegg’s Harbour in 1766. The village is likely named after Saint Margaret’s Bay (Peggy being the nickname for Margaret), which Samuel de Champlain named after his mother Marguerite.  There has been much folklore created to explain the name. One story suggests the village may have been named after the wife of an early settler. The popular legend claims that the name came from the sole survivor of a shipwreck at Halibut Rock near the cove. Artist and resident William deGarthe said she was a young woman while others claim she was a little girl too young to remember her name and the family who adopted her called her Peggy.  The young shipwreck survivor married a resident of the cove in 1800 and became known as “Peggy of the Cove” attracting visitors from around the bay who eventually named the village, Peggy’s Cove, after her nickname.

The village was formally founded in 1811 when the Province of Nova Scotia issued a land grant of more than 800 acres (320 ha) to six families of German descent. The settlers relied on fishing as the mainstay of their economy but also farmed where the soil was fertile. They used surrounding lands to pasture cattle. In the early 1900s the population peaked at about 300. The community supported a schoolhouse, church, general store, lobster cannery and boats of all sizes that were nestled in the Cove.

Many artists and photographers flocked to Peggy’s Cove. As roads improved, the number of tourists increased. Today the population is smaller but Peggy’s Cove remains an active fishing village and a favorite tourist destination.

Hope you enjoyed this little visit to Peggy’s Cove. 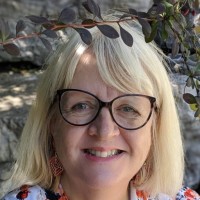 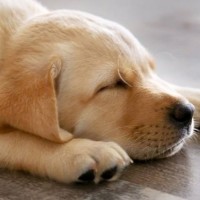 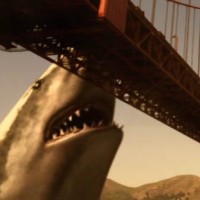