As many of you are aware, last weekend I was at a guitar workshop for the entire time.  Even though I have only been playing for about 3 1/2 years, I wanted to see what the experience of focusing on guitar playing for an entire weekend would bring.  It was truly enjoyable, as well as educational!

The weekend started on Friday, as the five students gathered at a wonderful location near the coast of Massachusetts in Essex; after a wonderful dinner (the chef did a great job all weekend), we gathered for some informal jamming, playing an assortment of classics ranging from Tom Petty (what a loss) to the Beatles.  This was a great way to start and Janet, our teacher, talked about her plans for the weekend.

On Saturday, after a jog and breakfast, we started on songwriting skills with an excellent variety of exercises to get our minds engaged and open to writing lyrics.  With a bit of time spent on song structure and the narrative of songs, we created some rather interesting songs by writing a line at a time and passing the task on to the next person in line; this underscored the benefit of clarity in getting the idea across in each line.

The second part of the morning, included an exercise in co-writing, which was highly enjoyable.  In this exercise we first wrote the lyrics, after which we worked on the melody; melody is best worked on without the guitar by singing the song in an effort to find what sounds good.  Once we had the basic melody, we worked on the chords that would support the melody.  A great exercise, and even though our song is not likely to be a hit, I felt pretty good about my first song, and really excellent about the process and interaction.

In the afternoon, we focused on performance skills, which was in preparation for open mike in the evening.  Set structure, audience interaction, how to start that first song in your set and others were the topics of this session.  The level of this session was likely to be a bit too advanced for where I am in my guitar development, but still had a lot of valuable learning in it.

On Sunday, after another light jog and breakfast, we started on voice maintenance and development; as I’m one of those people who were told that they couldn’t sing as a kid (and told to mouth the words), this was very interesting and probably most useful of all sessions.  This led us to singing harmonies and playing together as an ensemble, in which we played different voicings on our guitar to create a more interesting palette within a song.  After a number of exercises, and lunch, we took what we learned to play and sing a number of songs together.  My favorite among these is Crosby, Stills and Nash’s Helplessly Hoping, in which our harmonies came together pretty nicely!

All in all, this was a great weekend!  If anything, I would have liked to have worked more on guitar playing skills, which is something that I will look at more closely with any future workshops.

This weekend I am attending a photography workshop taught by Boston-based, freelance photographer Rick Friedman.  Besides being an accomplished photographer who has captured many celebrities across the spectrum, Rick is a great teacher, who is eager to share his accumulated knowledge and makes it fun to learn.

So, I am definitely having a good time and learning along the way about working speedlight flashes into lots of great lighting configurations to solve the challenges presented by location lighting.

This is a quick look at one of the shots from Saturday.  This shot of Brittany was done outside using flash to offset the bright light of a warm Saturday afternoon in Boston.  Both Brittany and Morgan, who were the models for the entire day, were a pleasure despite the long day for them working with 8 different photographers.  My goal here was to create warmth with the colors and a sense of fairy tale darkness.

One of the interesting things in doing a workshop of this kind is that it gives me the opportunity to recognize the areas where I need to pay more attention; as I went over the images from today, I picked up on numerous little details or technical glitches that made images less than perfect.  My challenge for today is to see, if I can work on improving my overall results.

Nothing like starting a series of weekly posts and immediately breaking the rules that you set for them!  I posted a photo that I took yesterday, which was definitely my favorite of this week, so I thought that I might go to the archives for what actually is a work in progress; but more about that aspect later.

This week’s image is titled ‘Resisting Escape’ and it is part of a series of surreal images that I am putting together over the next couple of years.  I shot this during a workshop taught by the wonderful, giving Brooke Shaden (Promoting Passion is Brooke’s inspirational blog).  As you might imagine, this image was not captured in a single shot, but rather took a bit of visualization, planning and post-processing to make it come to life.

Brooke Shaden’s workshops give an in-depth, hands-on look into how she creates her amazing images; Brooke takes the participants from inspiration and techniques to set up the shoot all the way through post-processing.  For any photographer who is looking to expand the artistic side of their craft, I wholeheartedly recommend Brooke’s workshops.

A little about the process that I used in creating this image.

We were in an old, dilapidated mansion in New Jersey for the shooting segment of the workshop.  All of us took a tour of the mansion, so that we could decide on the rooms, in which we wanted to shoot.  Each of us got to pick one room for each of the three shooting segments.

When I saw this bathroom, I immediately had an idea about how I wanted to put together the shoot, as I visualized the struggle against being pulled into the hereafter, even though it might be a release from an abysmal existence.  The stark red served to me as an immediate indication of something wrong that affected the woman’s existence in this plane of reality.  To enhance the effect of moving into the menacing sky, the shooting angle had to be low, so this is where I set my camera on its tripod.

After some test shots and locking in the exposure, I shot the master image, which serves as the background image for the post-processing.  I explained to my awesome model what I was trying to achieve in the shot, so that I could get the right posture from her, as she was propped up in the air.  As you can understand, hand position and body angle were key to get the desired look of fighting against what is pulling her into the sky.

The one element that I did not get at the time of the shoot, is the sky.  It took me several months to find a sky that provide the kind of menace to fit the overall feel of the image.  As there were many photos that came together in creating this overall image, the post-processing took a bit of work, about 8 hours of work.  Even then, it was not until I started looking at this image a couple of weeks ago to consider it for a large format print, that I noticed a slight bit of imperfection, which is still to be edited.  Extra credit, if you find where it is…

Feel free to ask further questions about this image or the process, as I’d welcome your comments. 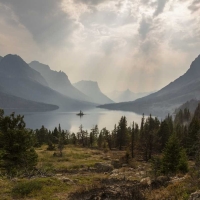 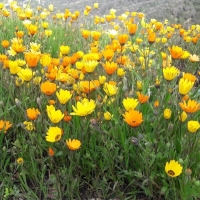 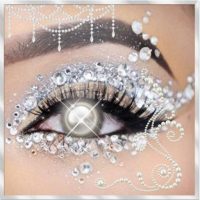 The best of this month's celluoid.

A collective of poems and photos.

Grab a Band-Aid & Keep on Crafting!!

A little writing, travel, photos and lots of fun with a wandering spoonie